Jose Mourinho has accepted a new role. After being fired by Tottenham last month, former Chelsea, Manchester United, and Real Madrid manager Jose Mourinho will take over as manager of Roma in Serie A. He will take over for Paulo Fonseca at the end of the season, returning to Italy for the first time since winning the league twice with Inter Milan.

The naming of Jose Mourinho as Roma’s new head coach for the 2021/22 season has been confirmed. Mourinho, a former Chelsea, Manchester United, and Real Madrid boss, has been out of work for less than a month after being fired by Tottenham. However, he is expected to return to Serie A to manage Roma, who announced the departure of Paulo Fonseca earlier this week.
Mourinho had two good seasons in Italy, winning the championship twice with Inter Milan as well as the Champions League and Coppa Italia. 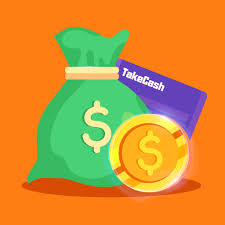 Roma has extended his contract until 2024. “We are thrilled and delighted to welcome Jose Mourinho to the AS Roma team,” said Roma president Dan Friedkin and vice president Ryan Friedkin in a statement. “Jose, a fantastic champion who has won titles at all levels, will bring immense leadership and expertise to our ambitious project.”
JOSÉ’S APPOINTMENT IS A MAJOR STEP Towards CREATING A LONG-TERM AND CONSISTENT WINNING CULTURE In THE CLUB.

Mourinho was sacked as manager of Tottenham Hotspur after 17 months in charge, with the club in seventh position in the Premier League. Roma are fighting for a spot in Europe next season, sitting seventh in Serie A, nine points behind sixth-placed Lazio and two points clear of eighth-placed Sassuolo with four games left. “Thank you to the Friedkin family for choosing me to lead this great club and to be a part of their vision,” Mourinho said.

“I immediately grasped the full scope of their aspirations for AS Roma after meetings with the ownership and [general manager] Tiago Pinto.” It is the same passion and motivation that has always driven me, and we hope to create a successful project together in the coming years.
“I accepted the job because of the immense enthusiasm of the Roma fans, and I can’t wait to start next season. In the meantime, I wish Paulo Fonseca the best and hope the media understands that I will only talk more when the time comes. Roma, daje!”

You can’t be living with a married man in Dubai and have the audacity to threaten his wife in Nigeria – Iheme is a Nigerian actress. BBNaija’s Maria is singled out by Nancy.